SmartrMail > Product Updates > We Were Featured On The Shopify App Store, Here’s What Happened 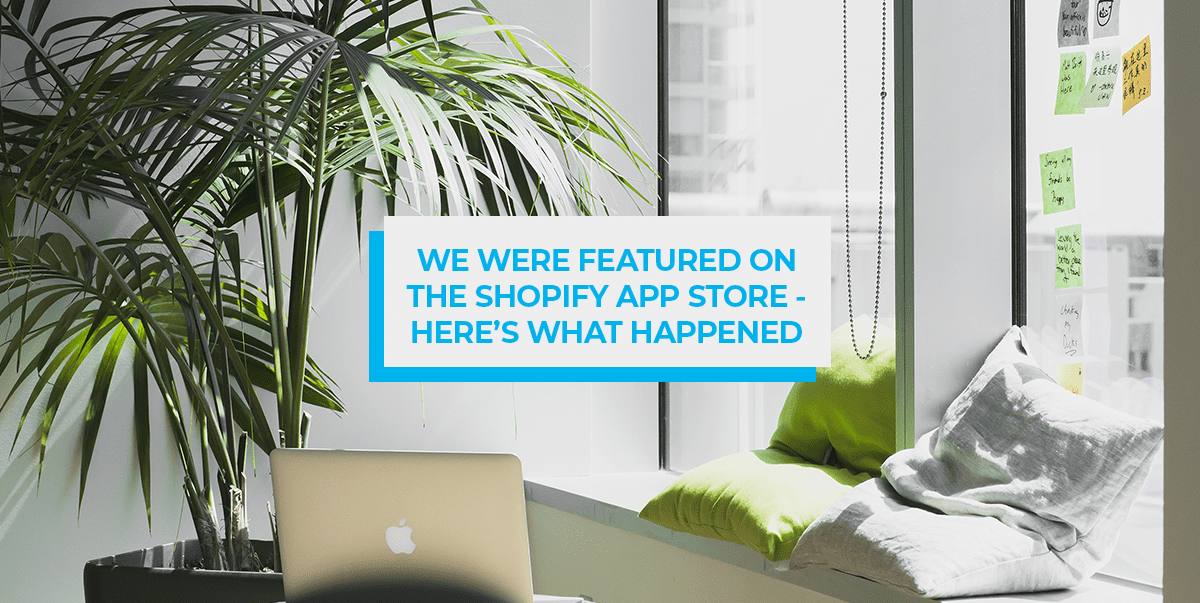 We Were Featured On The Shopify App Store, Here’s What Happened

Last month SmartrMail was featured on the Shopify App Store homepage! It’s the second time we’ve been featured since we published our app 3 years ago and we learned a lot about what it takes to get a feature and how best to prepare for it.

How to get featured

In general, the Shopifolk on the App Store want to see you creating a high quality experience for Shopify merchants, whether that’s evidenced by awesome app reviews, building your app in Polaris, or integrating into the lastest functionality like Marketing Activities or the upcoming Sections API (hint hint…)

Make your great work known to your partner manager and the folks you work with at Shopify. Don’t be shy to share big milestones and the awesome feedback you hear from merchants. The Shopify partner ecosystem is booming and there are heaps of app developers doing great work, so you’ll need to put in a bit of hustle so your app stands out from the crowd.

Preparing to be featured

With a bit of luck, your persistence will pay off and you’ll get a notification from Shopify that you’re going to be featured in their staff picks section which is listed on the shopify app store homepage.

Thankfully Shopify gives you plenty of forewarning of when you’ll be featured (they emailed us a few weeks ahead letting us know) which you can use to prepare for the influx of new installs.

There’s a few things you’ll want to do in this time.

The first thing you should do is head to your app’s listing on Shopify and go through it with a fine tooth comb.

Usually people landing on your listing have either heard about your app before or have searched for what you offer. In our case that’s email marketing.

If someone has landed on our listing after having searched “email marketing” or clicking through from Shopify’s email marketing category, they already have a good idea of what you offer and what problem you solve.

When it comes to being featured you only have a banner image and a couple of lines on the Shopify homepage to communicate what your app is.

This time we chose to keep our banner image simple, so it could easily convey what we do – email marketing. Having a coloured background will also help your app banner standout.

For our description we decided to simply go with “Easiest email marketing app. Mailchimp alternative.” With many merchants still looking for an email app after Mailchimp broke off their integration, we thought it would be best to include it in our description. However for your app you may want to add something timely like “BFCM ready”.

No matter how well you manage to describe your app, some people will be clicking through with little idea of what problem you solve or why they should install your app. (It seems remarkable, but in 2019 there are still people who don’t think email marketing is worthwhile). You likely won’t be competing with other apps in your space on the feature slots, so include a few points on why merchants should be using your app and not only why you’re better than competitors.

Other things you should check on your listing include making sure all your screenshots are up to date and all the details are correct. You might also want to include a special offer to entice people to install your app and take full advantage in the increase in visitors. We offered a $20 credit back on the first month which you can automate with application credits.

Preparing your app for the influx

First impressions matter when someone uses your app for the first time.

The last thing you want new users to experience are server issues that render your app unusable right after they install. If this happens, chances are the users are never going to come back to your app.

Being featured led to having approximately 4x the number of daily installs every day for the week we were featured. That means a lot more customers, more products, and more orders being imported. We scaled up our databases and workers to ensure the app would handle the extra load without issue, but we’ve also started performing some bulk operations with GraphQL with the recently released Bulk API, which takes a lot of load off our databases.

Even after you’ve readied your infrastructure, keep a close eye on performance during the week you’re featured.

This is definitely an area where you want to be proactive and not reactive, but sometimes even the best preparations turn out to not be enough. If this happens, you’ll want to identify any issues as soon as they occur. Don’t wait for users to start contacting your support team.

You should have at least a week to prepare as well, so have your QA team testing your app to go through your onboarding and any new features with a fine tooth comb before.

Now that you’ve prepared for the Shopify app store feature, it’s time to start the show. Here are a few things you should do.

Get all hands on deck for support

Speaking of your support team, they’re likely going to be experiencing many more tickets than usual. Over our feature week we had 61% more support tickets than average.

SmartrMail offers 24/5 chat support and we have a distributed support team to maintain coverage across time zones. On average we respond to new messages within 20 minutes on weekdays and also offer limited support on weekends.

We got our entire team to assist the main support team maintaining these response times while we were being featured.

Even a response along the lines of “Thanks for reaching out, I’m going to have to forward this to a senior member of our support team who will get back to you soon” is much better than leaving support tickets unanswered for hours on end.

Your feature will likely start on a Wednesday, so you have time to get a few things in order if they aren’t already. However once your feature lands, it’s a good idea to implement a code freeze for the week and the few days leading up to it. While it’s tempting to get the improvements that you had planned out, things sometimes don’t go to plan and you don’t want to cause issues that would lower your conversion rate during this opportunity to grow your business.

Your feature doesn’t stop the day you’re swapped out of the staff picks section. Depending on your trial length you’ll likely have 4x the number of merchants trialing your app. Ensure you’re delivering the same high quality experience that you delivered during your feature week. Try to get some extra hands on support even if that means rotating 2 hour shifts between the team, there’s nothing merchants appreciate more than timely and helpful support.

We hope that you found this blog post helpful. Good luck with your feature!