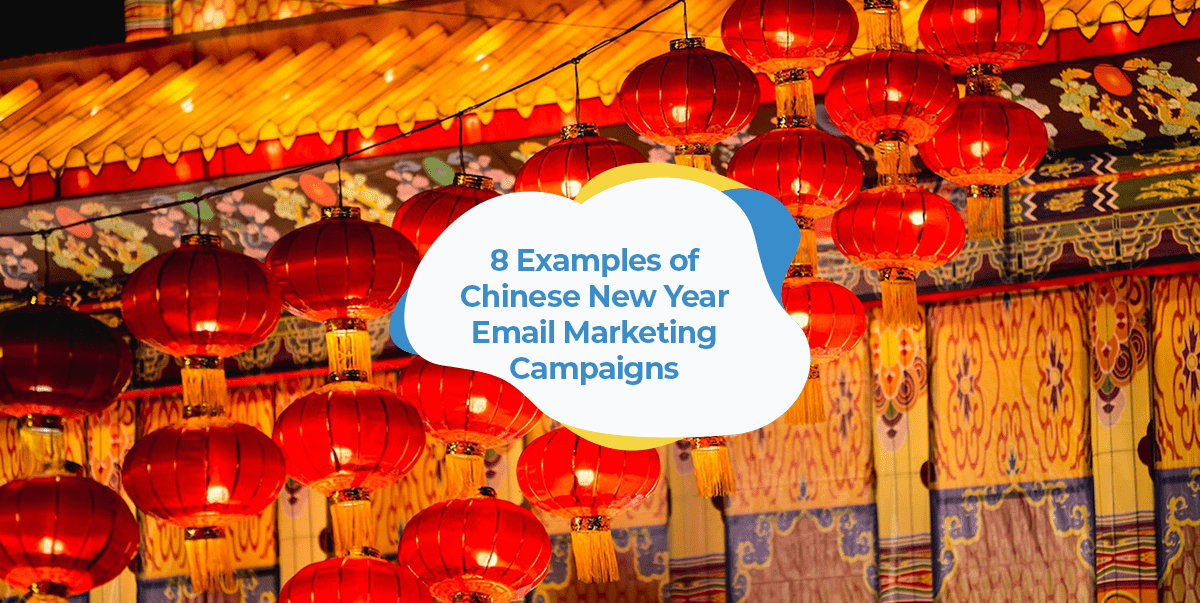 Chinese New Year, which in 2021 is on February 12th, is the year of the Ox. And with such a large number of people celebrating, it’s a great opportunity to run promotions and build relationships with a large consumer base.

And what better way to reach your customers than email?

To help you get inspired, we’ve collected what we think are the best examples of Chinese New Year emails.

Simple in its elegance, Kate Spade has decided to use the holiday to launch their own collection of Chinese New Year themed products.

Origins have decided to use their Lunar New Year email to promote an individual product instead of a collection. This lets them wish people “good fortune, happy skin and Mega-Mushroom magic.”

The number 8 is strongly associated with wealth and good fortune throughout East Asia.

Uniqlo tied this in with their Chinese New Year campaign which makes it easy for them to highlight their special offers as well as resonate with their audience more.

Promoting a time sensitive offer helps drive more conversions among customers who have FOMO (fear of missing out).

Unlike other emails on this list, Mungo & Maud haven’t opted for any red or gold.

Instead their email only subtly references the year of the Pig. Seeing as the color red can get overwhelming quite quickly, this is a nice change. It also lets them keep their email design on brand.

While the call-to-action (CTA) is to follow them on Instagram, there’s no clear button to make doing so easy for their subscribers.

When you send your email campaign (and not just your Chinese New Year ones) be sure to include a clear, visible CTA directing your subscribers to the next step.

The collection obviously takes advantage of the red color but what you mightn’t notice straightaway is that it has heavy use of floral imagery.

Within China, Chinese New Year is often referred to as Spring Festival as it occurs at the end of winter. This means that flowers play an important role in celebrations and their imagery is strongly associated with the holiday.

Michael Kors has opted for a safe and simple Chinese New Year email design. This design reinforces the exclusive feel of the imagery. Something that is on brand and will resonate with their email list.

You will also notice that they refer to Chinese New Year as Lunar New Year. Doing this makes their email more inclusive of people from other countries that also celebrate their Lunar New Years at the same time.

The gifting of ‘lucky money’ in red envelopes is an important custom associated with Chinese New Year.

Even though Origins isn’t giving away free money, they are giving away free gifts with purchases of at least $30. Instead of just mentioning the offer however, they have incorporated an envelope design to reinforce the holiday messaging.

Now that you have some inspiration to work with, it’s time to start creating your own Chinese New Year email campaign.

Just remember that this year will be the year of the Rat. So don’t make the mistake of copying one of the above emails too closely and end up including the wrong animal.

Best of luck with your email campaign and all of your email marketing during the year of the Rat!