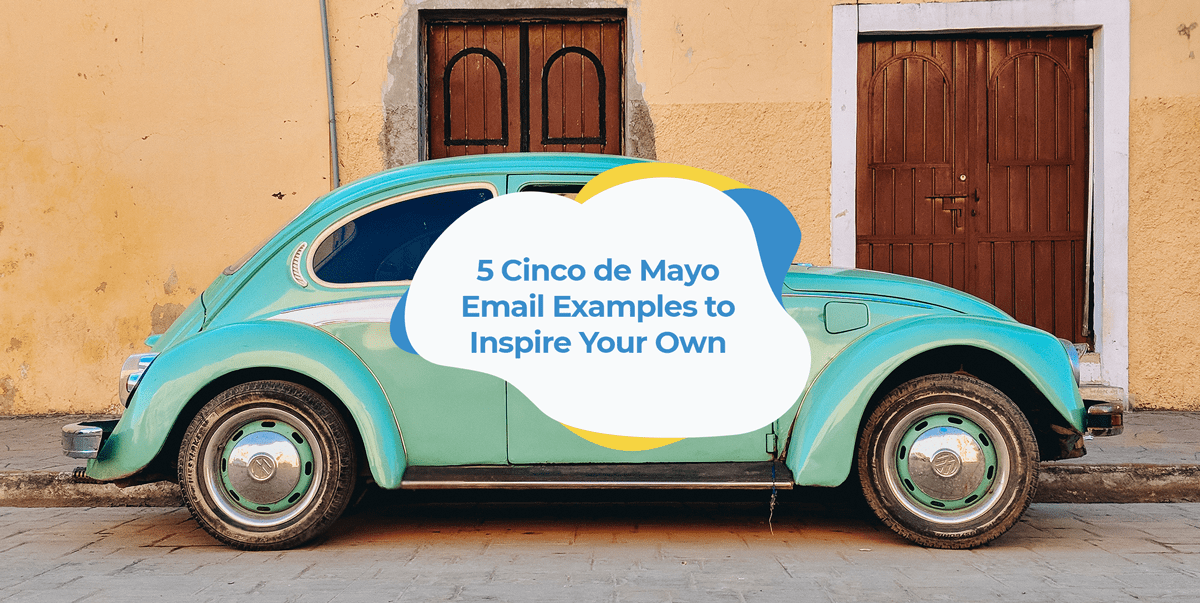 5 Cinco de Mayo Email Examples to Inspire Your Own Campaign

While Cinco de Mayo (Spanish for 5th of May) officially commemorates the Mexican army’s victory over the invading French forces in 1862, the holiday has since morphed into a general celebration of Mexican culture and heritage.

That’s why, surprisingly to many, the holiday is actually a much bigger deal in the United States than in Mexico and is not, as many believe, the Day of the Dead or Mexican Independence Day.

Because of the increasing popularity of Cinco de Mayo celebrations, and that nearly 1 in 8 Americans identifies as Mexican-Americans, many brands have started celebrating the holiday as well.

And one of the most popular ways for brands to do this is by simply sending a Cinco de Mayo email campaign to their customers.

So to help inspire you if you’re thinking about doing the same, we’ve put together this collection of five of our favorite Cinco de Mayo emails from previous years.

This email from TrueFire is a good example of a typical Cinco de Mayo email design.

The red, green, and brownish-orange are all colors typically associated with Mexican culture and feature heavily in many Cinco de Mayo emails.

The way ‘Cinco de Mayo’ is spelled out further reinforces this theme and just in case it wasn’t already obvious, the words ‘fiesta’ and ‘piñata’ are also included for good measure.

You obviously don’t need to go as heavy with the Mexican theme in your own email, but if you want to, this is a good source of inspiration.

This Cinco de Mayo email is a creative departure from what marketers typically go with for the holiday and instead doubles down on cinco being Spanish for five.

It does this by counting down in Spanish and using the numbers to communicate their holiday sale and then getting people to click through to their store at the end.

This makes the email copy much more engaging than simply just stating your offer and keeps the email holiday-related without needing to use any cliches.

Piñatas are a popular inclusion in many Cinco de Mayo emails, but this campaign from KidPass takes it one step further.

Instead of just including an image of a piñata, they’ve animated it so their offer falls out of it when it breaks open. This is another creative way of including your offer that will engage your customers more than just simply stating it.

For good measure, they’ve also included the offer in plain text below the GIF in case it doesn’t play for some customers for whatever reason.

There’s also a good call-to-action button directly underneath to send customers to their store which will help them generate more sales from their email.

Some marketers tend to avoid sending Cinco de Mayo emails as they don’t feel like that they design a holiday-themed email while still being on-brand.

This campaign from Three Dots however is a good example of how you can create a good-looking Cinco de Mayo email while still staying true to your brand.

In this case, Three Dots has kept the email holiday-themed by going with a black and yellow/gold theme – another color associated with Mexico.

The high-quality image of someone wearing one of their products, call-to-action button, and prominent sale offer all complete the email design.

Rounding off the list is another good example of a typical Cinco de Mayo campaign.

Again, the red and green colors are used as are images of some things typically associated with Mexico including avocados.

This makes sense seeing as the campaign is for a food delivery service and they’ve taken a guac angle with their campaign.

As for the rest of the email, all the important elements are present: a clear call-to-action button with a contrasting color, the sale offer is presented in the largest text, and there’s a clean, simple design.

Hopefully you now have plenty of inspiration for your Cinco de Mayo emails.

But email marketing is more than just sending great-looking emails.

To ensure your emails get opened and read, you need to give them a compelling subject line that will stand out in your subscribers’ inboxes.

Especially when a third of your email list decides whether to open your email or not based entirely on its subject line.

That’s why we’ve also put together a collection of Cinco de Mayo subject lines to help you come up with a great way for your campaign.