SmartrMail > Guides & How Tos > A Guide on How to Use P.S. in Email Marketing 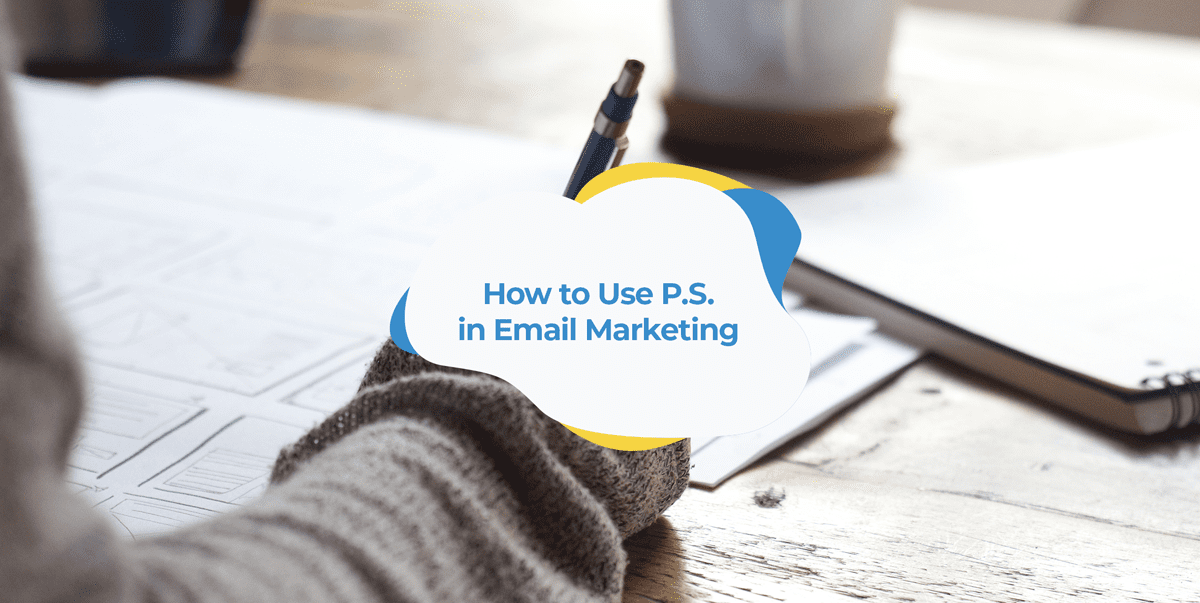 A Guide on How to Use P.S. in Email Marketing

Postscripts (often abbreviated as P.S.) have been around for hundreds of years as an easy way to include an important afterthought without having to rewrite an entire message.

And while you may associate them more with handwritten letters or with olden times, they still serve an important role in the 21st century. Especially in your email marketing.

By including a simple P.S. message, you have the chance to turn an ordinary email campaign into a high-converting one.

But before we go through how to do this, let’s first take a look at exactly what P.S. means in emails and why including a P.S. message can be so powerful.

What does P.S. mean in emails?

You might be thinking that including a P.S. message in an email is completely pointless. After all, you can easily just edit your email to include the message in a more relevant spot.

And you’d be right.

P.S. messages in emails aren’t added because someone forgot to include them in the body of the email. P.S. messages are usually added to draw attention to or re-emphasize a particular point or offer.

Such as in the example below.

Beyond this, they are sometimes also included to add a personal touch to an email and show that someone actually wrote the email instead of it just coming from a faceless marketing department.

Why use P.S. in your email marketing?

So now that you have an idea of the purpose of P.S. messages in emails are, you might be wondering why marketers bother putting them there instead of just in the body of the email.

Well the short answer is that subscribers often read the P.S. message, even if they just skim over the main content.

Research has found that people tend to read content online in a regular pattern known as the “F Shaped Pattern’ shown below in an attention heatmap from an eye-tracking study by Jakob Nielson.

The areas highlighted in red receive the most attention whereas those in blue receive less attention.

This clearly shows that people skim-read content online meaning that many people who open your email aren’t reading it fully.

In Jakob’s own words:

“…the average time allocated to a newsletter after opening it was only 51 seconds. “Reading” is not even the right word, since participants fully read only 19% of newsletters. The predominant user behavior was scanning. Often, users didn’t even scan the entire newsletter: 35% of the time, participants only skimmed a small part of the newsletter or glanced at the content.”

In other words, when people read emails, they’re usually just scanning for and looking at the important parts.

Thankfully, P.S. messages are one part of email campaigns that is almost guaranteed to get people’s attention.

We know this because marketer Richard Hayes ran an experiment where he sent out 3,000 emails, half with a P.S. at the bottom and the other half without one. Other than that, the emails were identical.

What he found was that the emails with the P.S. added enjoyed a 12.79% boost in click-through rate.

In matter of fact, most people may actually read the P.S. message before the body of your email.

Research by Kate Goldstone in 2016 showed that 79% of people who open direct mail will read any P.S. first. While email is obviously a different medium to direct mail, it’s likely that a similar percentage of people will do the same with your emails.

This shows that not only are people reading P.S. messages in emails, but they also result in more clicks.

How to write P.S. in an email

So it’s pretty clear that adding a P.S. message is an easy and effective way to help boost engagement with your marketing campaigns.

The next question is how can you optimize your P.S. message so it achieves the best results possible for your campaign.

To answer this question, let’s look at some best practices. Starting with the question most people have when they first start adding P.S. messages.

Where does the P.S. go in an email?

Most people already know that any P.S. message goes at the end of a letter or email.

But with emails, there is a slight complication: Does P.S. come before or after your email signature?

Traditionally it would come after your signature as this was the original purpose of a P.S. message. But also know that P.S. in modern emails serve a different purpose.

So you’ll find examples of it appearing before signatures like in the example below.

As well as after the signature like in the example below.

So there’s no right or wrong answer to this question. You can place your P.S. before or after your signature depending on what you prefer. Just as long as it’s close to the bottom of your email.

Of course, this is only a relevant question if you have an email signature to begin with.

You certainly don’t need to have one, but if you haven’t thought about having one before, we recommend checking out our guide on email signatures here.

Include a call to action

One element every P.S. in a marketing email should contain is a call to action. This is key to boosting your click-through rates.

If we take a look at the earlier email P.S. example from The Entourage again, you’ll know that the ever end includes a call to action.

Adding “we have limited tickets left” also creates a sense of urgency which will also help with boosting click-through rates.

There are limited situations where you can get away without including a call to action, however.

Such as if you’re using the P.S. message to introduce an extra point or re-emphasize a point you’ve already made.

Adding a P.S. is not going to work well with every email campaign you send.

Just take a look at all of the email examples above and you’ll notice they all have one thing in common: they’re all plain-text emails written in a more casual way.

This is not to say that P.S. messages won’t work with more image-rich and impersonal marketing emails. In matter of fact, here’s a good example of one in this type of email below from KFC.

In this case, the P.S. message is in the same style as the rest of the email and is being used to introduce an extra point.

Before you start adding P.S. messages to your emails, you should think about whether they will suit your style of emails and how your audience will think about them.

If in doubt, you can always A/B test it.

This is a pedantic point, but some people worry over whether the correct formatting is ‘P.S.’ or just ‘PS’.

If you’re one of these people, it probably doesn’t help to know that there’s no one right format. Different style guides prefer different stylizations.

For instance, Merriam-Webster, the Chicago Manual of Style and the Purdue University Online Writing Lab (OWL) all prefer ‘PS’. That is without periods. On the other hand, The New York Times uses ‘P.S.’ (with periods).

The Cambridge Dictionary differs in that it recommends periods (‘P.S.’) for American English and no periods (‘PS’) for British English.

Which is all to say that you should feel free to use whichever style you prefer. Neither option is going to have different results from the other.

Pedantics aside, what is clear is that you should consider adding a P.S. message to your next email campaign.

When done well with the best practices in mind, it can be an easy way to boost engagement with your email marketing and lead to high click-through rates.

Just remember to write your P.S. message with a clear purpose in mind (re-emphasize a particular point, include a call to action, etc.) so that you’re not just including one for the sake of it.

If you’re looking for more great email marketing tips and guides like this one, be sure to check out our other blog posts. And if you want to learn the basics of ecommerce email marketing, sign up for our free course here.