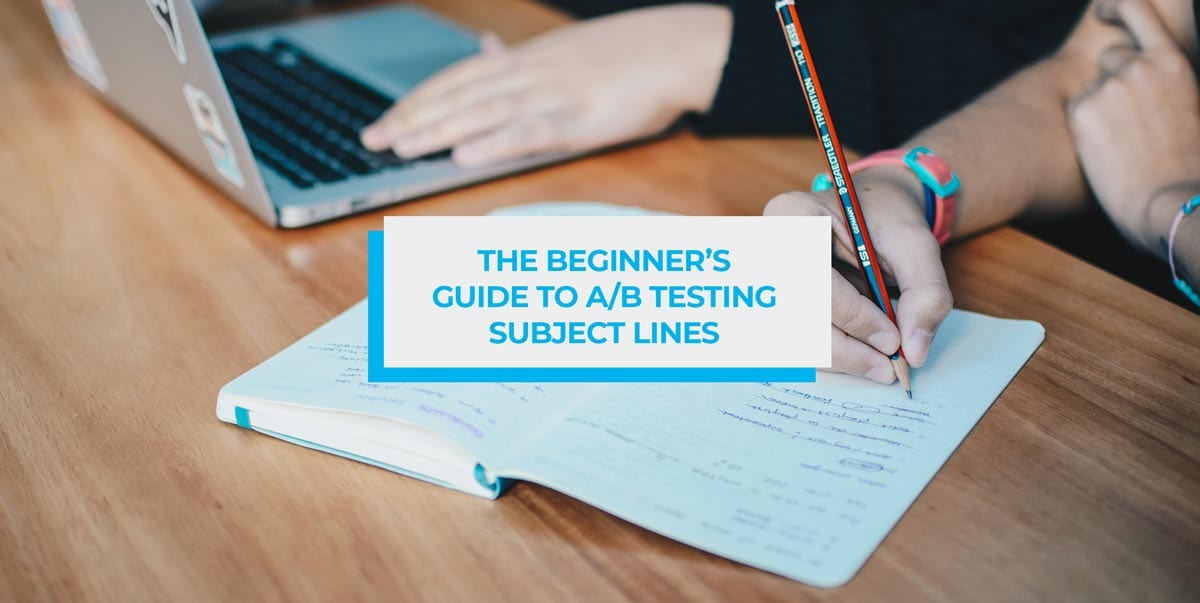 A/B testing is an easy and simple way to improve open rates in your email campaigns. As a quick refresh, A/B testing is a feature email services providers (ESPs) such as SmartrMail offers users to automatically test two different subject lines with a small group of people on their email list before sending the best subject line to the remainder of the list. This gives you the ability to write two different subject lines you think will grab people’s attention and leave it to the open and engagement rates to determine the best one.

Given how easy it is to automate A/B testing, it is tempting just to test the two best subject lines you can think of every time you send an EDM. However, by approaching it in more methodological manner, you can make the most out of A/B testing.

The Problem with the Shotgun Approach to A/B Testing

A/B testing will only send the best subject line of the two you type. This means that if you’re employing the same strategy time after time when writing subject lines you might not actually be sending the best possible. Instead you may even find yourself in a situation where you’re sending the lesser of two bad subject lines. By approaching A/B testing in a methodological manner you can avoid this situation though.

The Methodological Approach to A/B Testing

The best practice when testing subject lines now is to run multiple A/B tests where the only difference between the two subject lines is the factor you’re testing the effectiveness of.

This means, for the most part, the two lines should be also identical except for a small change such as the inclusion of a particular term. By only changing one factor at a time you can be sure that the winning line won because of this change and not because of a variety of other potential factors.

Call to actions (CTAs) are specific instructions or directions to people to engage in the behaviour the marketer wants. For example, you’ll often see CTA buttons in Google Display and Facebook ads with buttons with the text “Sign Up”, “Book Now”, and “Download Free Ebook”. These make it easier to funnel potential customers into the behaviours most likely to get them to convert into paying customers.

Within email subject lines CTAs will often take the form of “Shop Now”, “Get Your Coupon”, and even “Watch Our Latest Video”. These are direct instructions for the email subscriber to perform a certain action.

You can use A/B testing to test the effectiveness of various different CTA strategies. A methodological approach to this could include testing the exact same subject line but having the CTA at the front in one and at the end of the subject line in the other. If after a few different A/B tests you find that one or the other generally wins then you can then place the CTA in the winning position in both variants of the subject line in future A/B tests and move on to testing another variable.

Using A/B testing to see whether Emojis will improve open rates is as easy as simply adding one or two emojis to one of the variant subject lines. To eliminate the possibility that the subject line itself is affecting the results, you should keep the rest of the subject line consistent. You just want to test the effectiveness of the Emojis.

Adding a Sense of Urgency

When writing a subject line many email marketers, especially for ecommerce stores, will include a sense of urgency but including using phrases such as “Act fast! Stocks won’t last!”, “Flash Sale! 24 Hours Only”, or simply “Be Quick!”. Adding this sense of urgency can help to capture people’s attention and get them to click on the email, however it may also appear too much like spam to some subscribers discouraging them from opening the email. This is where A/B testing can help determine whether you should add a sense of urgency or not.

Once again, to element the possibility that something else besides whether the inclusion of a sense of urgency is affecting the results, you should run multiple A/B Tests and see whether the subject line with the sense of urgency tends to win out or doesn’t over the alternative subject line. Once it’s clear which strategy results in the best open rates, you can move onto testing another factor.

While a more methodological approach to A/B testing may appear daunting, don’t be dissuaded. You don’t need to know much at statistics or research to adopt a more focused strategy towards your email marketing.

If you’re after an email service provider that offers A/B testing, you should check out SmartrMail. SmartrMail is an ESP geared towards letting ecommerce stores automate their emails and allowing them to use machine learning to send the right products to the right customers.

Of course, in order to be able to A/B test subject lines, you’ll first want to know how to write good ones. Luckily we also have a guide on writing the best subject lines for email marketing.

We also have lists of subject line examples for various holidays to help provide you with inspiration:

We also have lists for certain email types, including: